There are many Faucet sites for nearly every major Cryptocurrency that exists.  You might wonder why anyone would just give away money, and rightfully so.  No one gives away money.  But some people give away trash, in fact almost everyone does.

What is My Solid Coin?

My Solid Coin is a website that is a Faucet for Satoshi.  Let me back up and explain what these two terms are and what they imply.  A SATOSHI is the smallest decimal piece of a BitCoin.  Like the Penny to the US Dollar, a Satoshi is a fraction of a Bitcoin. However, rather than being merely 1/100th of a Dollar, the Satoshi is 1/100,000,000th of a Bitcoin.

"A Satoshi Faucet is a place through which Satoshi is poured"

My Solid Coin does more than provide a faucet for Satoshi, it also accepts deposits of Bitcoin which will allow it's users to receive more Satoshi than the default of roughly 300,000 per month or 5 per minute. With variable deposits it is possible to raise the total Satoshi received at every payable interval.

For the same reasons that people visit the water well in a village to draw water to drink, cook, or bathe, a well of money can be used as a tool to take other actions. While the thin stream of satoshi coming from the faucet at My Solid Coin may be considered little, it is still more than zero.

At the current prices of Bitcoin to USD at the time of this article, 300k Satoshi held a value of about $38 (1 BTC = $12750).  But as anyone who watches the Cryptocurrency market can tell you, the price never stays there for long.  So for a spectrum of example, lets say that the lowest that BTC could be worth is $3k, and the highest at $20k.  The range of coin that a person could receive in a year is between $100 and $700

There is no Smartphone App for My Solid Coin, but there are still ways to get more out of the site.  If you are willing to deposit some BTC, your payment per minute can go up from 2x to as high as 926x.

Check out the Site 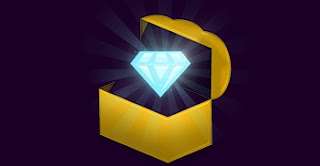 This site is dedicated to giving you the most direct approach to Referral Sites on the Internet.
I'm not here to sell to you.
I want you to know what you're getting into.
If you Like it... Awesome. If you don't like it... that's cool too.